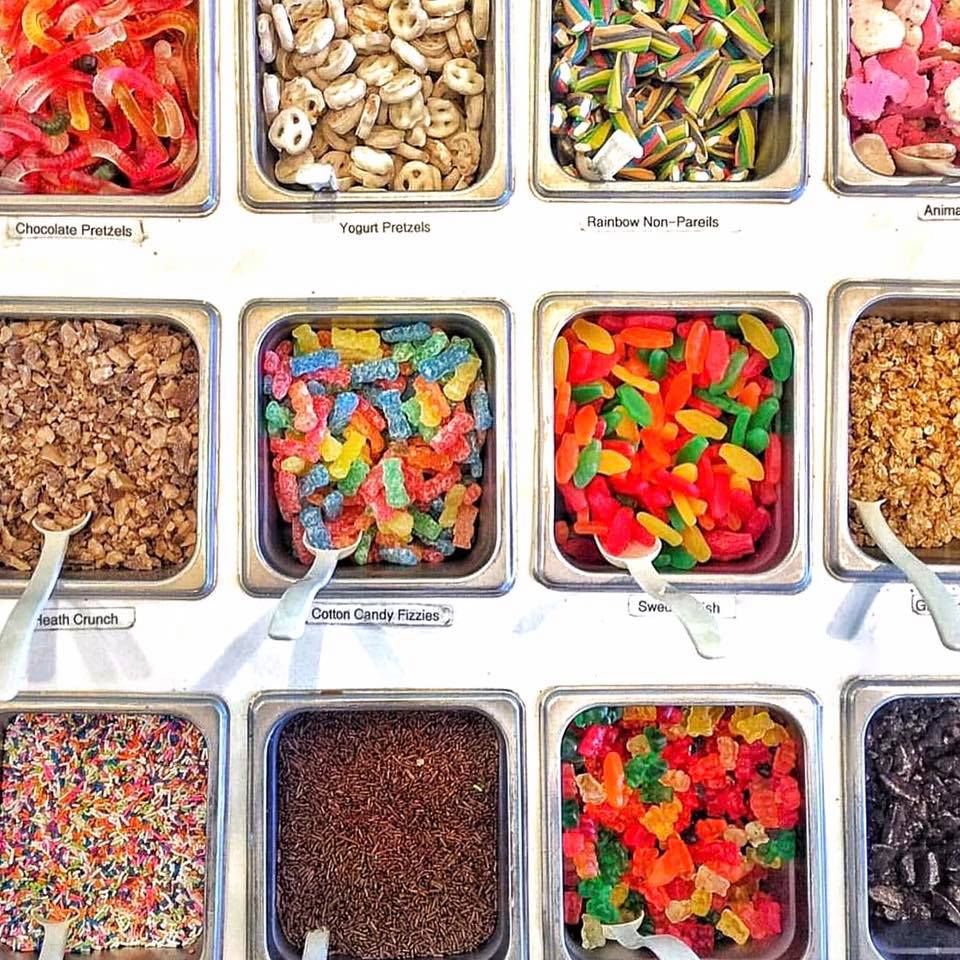 For generations, Gummies have been the go-to treat for kids. Still popular today, these chewy treats are always found in the grocery candy aisle and have a special place on our toppings bar! Gummies are usually made of a gelatin base, making them fun to chew and stretch. It is believed gummies are descended from Turkish Delight, a candy based in gelatin and corn starch, or Japanese rice candies.

The modern Gummy Bear was originally created by Hans Riegel in the 1920s in Germany. Hans had worked for another German candy company, but quit and started his own, making and selling hard, colorless candies which were sold at local market. After low sales, he switched his recipe to a soft gelatin base with fruit juice flavors and shaped the candies into bears which were a popular festival sight in Europe at the time. He named his new company from the first two letters of his own first and last names and hometown: “Hans Riegal of Bonn” became Haribo™.

In the United States, gummy bears were embraced by pop culture and you can now get gummies in every shape and size imaginable. Worms, rings, and other food products are common gummy shapes and whatever you fancy! The CherryBerry toppings bar always holds a space for gummies, so be sure to add them to your favorite swirl next time you’re in!